DECATUR…John Cerniglia has been named vice president of income development at The United Methodist Children’s Home, effective June 2. John joins The Children’s Home from Boys & Girls Club of America, where he served as national vice president of resource development. He brings prior experience from Habitat for Humanity International and Habitat for Humanity of Cincinnati. 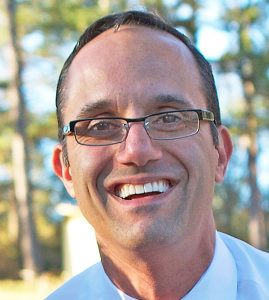 John has worked at the Boys & Girls Clubs of America since 2012 to bring new fundraising initiatives through integrated direct marketing and alumni relations. His team developed new models of collaborative fundraising with local clubs, consulted with clubs on major and planned gift strategies, assisted with both strategic planning and board engagement, and provided contemporary resource development education.

Previously, John served in a wide range of resource development leadership roles at the worldwide headquarters for Habitat for Humanity International. During his tenure at Habitat, he facilitated global strategy, policy, and fundraising performance for a team of fundraisers deployed across four continents. In recent years his staff coaching, team training, and donor interactions have brought him to over 30 countries. John also directed a global team responsible for two capital campaigns and a national team of 10 major gift professionals that produced over $20 million annually.

Earlier in his career, John served for 11 years as executive director for Cincinnati Habitat for Humanity, where he was responsible for guiding organizational development, strategy, and constituent relations, and for transforming this $3 million local affiliate into a nationwide top 40 Habitat affiliate.

John has directly solicited and closed dozens of current commitments from high net-worth individuals, and his accomplishments have been reported in Fundraising Success Magazine and The Chronicle of Philanthropy.

John is a Certified Fund Raising Executive (CFRE). He has served as adjunct faculty for the Lilly Family School of Philanthropy at Indiana University since 2006, teaching major gifts and capital campaigns. He has served on the U.S. board of directors for Africa Inland Mission since 2012, helping govern this $35 million ministry with 700 missionaries.

The United Methodist Children’s Home has worked to heal children, unite families, and change lives for more than 144 years. Across North Georgia, The Children’s Home finds loving foster homes for children while helping to restore family relationships; provides educational, vocational, and life skills guidance to older foster youth as they transition to life on their own; and strengthens and preserves families at risk of homelessness. The Children’s Home helps children and families find a place they can call home. Learn more at www.umchildrenshome.org.

Pray with us during Advent

The Grand Opening of our newest program!

Volunteers who think outside the box

Thinking of opening your heart and home to a child in need? Get Involved

Your gift of time in a child's life could change them forever. Get Involved

There are no upcoming events at this time.

STAY UP TO DATE

Stay connected with The Children's Home

100% of your gift supports children and families!

Giving to The Children’s Home Amazing Grace Offering enables us to impact the lives of children in foster care.

The Children’s Home does not receive apportionment funding from The North Georgia Conference. Your support and partnership in ministry are critical to helping restore children and families from trauma through Jesus Christ.

Please join us as we share God’s Amazing Grace with the children and families we serve by making a donation today.